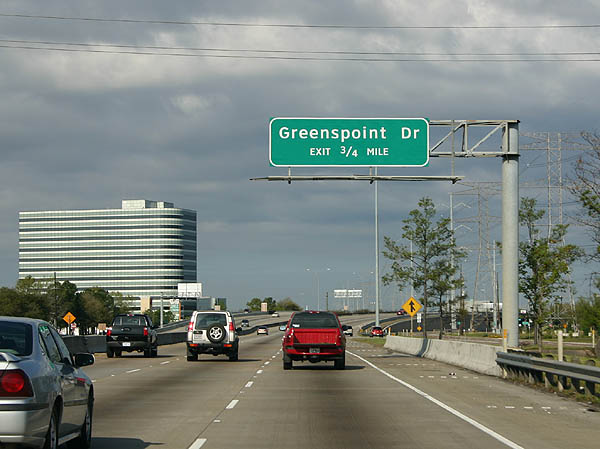 Everyone loves a good comeback story, and Greenspoint has a lot to share. Since its formation, Greenspoint has seen some lows as far as its reputation, but thanks to some genuine expansion and expensive rehabilitation, this troublemaker is starting to come into its own.

Greenspoint, located in the Northern portion of Harris County, was formed in 1991 and had a reputation for high crime and cheap living before some big businesses invested in the area. It’s hard to say where the turning point for Greenspoint happened—maybe when Goldman Sachs bought some of the low-end apartments and turned them into an upscale living community for young urban professionals in 1998, according to the Houston Chronicle. These developments saw a richer tenant gravitating towards the area.

But even in 1987, Greenspoint was starting to see positive changes to its economy. CPA Joe Mastriano tells us that the business occupancy rate for office space in the locality grew from about 60% to almost 68% in 1988. According to the Houston Press, by 2002 Greenspoint was “barely recogniz[able],” and had pulled a “complete 180.” 2002 was also the year that Exxon began occupying space in Greenspoint and the Houston Business Journal reported that the company spent “millions of dollars in improvements to the district.”

After Hurricane Katrina in 2005, evacuees began to settle in the area, the population boomed all at once and pressure increased for homes and jobs. However, according to the Houston Business Journal, serious crime in the area dropped 42% between the years 1991 and 2007, while the population increased 45%. The district was recognized in 2008 for keeping its streets safe with the “Outstanding Crime Prevention Organization” award from the Texas Crime Prevention Association. By 2010, Greenspoint was described as one of the top 5 locations in the US for logistics companies and found itself receiving the “Outstanding Crime Prevention Business” award, recognizing its crime reduction and support of crime prevention programs .

As Greenspoint grows, its reputation as ‘Gunspoint’ has quickly unraveled. The investments in the area continue to boom, creating the perfect neighborhood for families and young professionals. Just last year, the Houston Chronicle announced another new business park that will call the neighborhood home.  It could be time to invest here while property is still relatively inexpensive! Greenspoint is only going up from here!

There’s Never a Bad Time to Dine at Tacos a Go-Go!
The Guthrie Center, Bringing Students Into The Real World