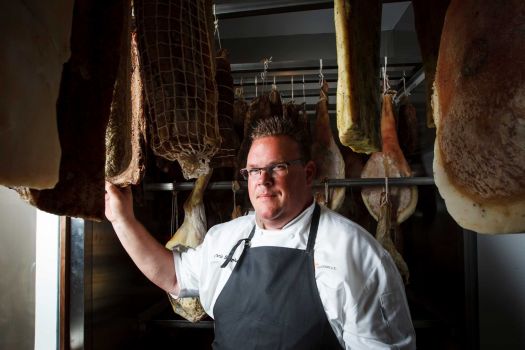 Sometimes it takes an outsider to know how good the grass is in Houston. Or, at least, the grass-fed beef. Chef Chris Shepherd, the mastermind behind Underbelly, hails from Oklahoma but “got to Texas as soon as he could.”

Particularly, Houston seems to have captured Shepherd’s imagination. Underbelly is designed to tell the ‘Story of Houston Food,’ and he considers himself the storyteller, with a unique and important perspective based on his exploration of the city and the flavors, ingredients and cultures therein.

This is the first food story Shepherd has both authored and narrated, so to speak. And he does it with glorious aplomb, achieving one of the less tangible goals of his impressive ambition—not just to integrate Houston culture and flavor but, according to Bobby Heugel of Anvil Bar & Refuge, “Chris doesn’t just cook food inspired by the city I grew up in, he embodies it in every way…” 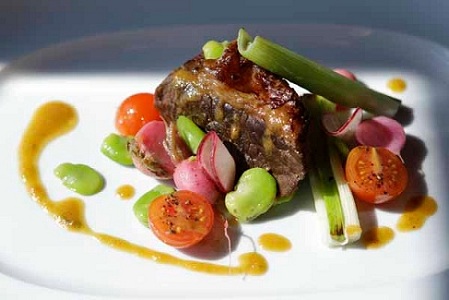 Fascinated with the entire front-to-end process of raising herds, growing crops and wild catching fish, Shepherd designed Underbelly with his passion for fresh ingredients and sustainable restauranting. In fact, Underbelly is one of the only restaurants in Houston to have a fully equipped back-of-house butcher shop so all meats can be processed in-house for their creative, delicious weekly menus that emphasize Houston’s unique resources. Shepherd’s vision includes a faithfulness to “the responsibilities of a well-run kitchen…” 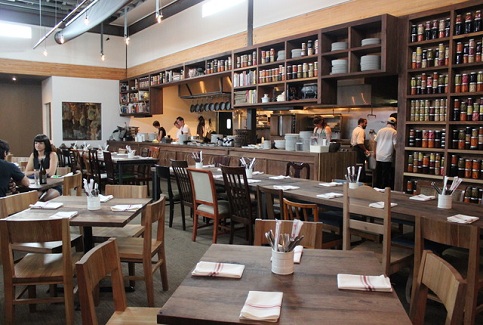 You can see that in the restaurant—very literally. The kitchen is visible in the large dining room with assorted chairs. It’s almost like a family cook out, where everyone brought a couple chairs from their own dining rooms out to the repurposed high-ceiling barn with trendy, high-end accoutrements that give this place a refined yet homey feeling. Shepherd is truly able to transport guests for a polished, heavenly meal that is a Houston classic—every time!

American Cuisine, Underbelly, Where to Eat in Houston

Bring in Halloween at the 8th Annual Monstrose Pub Crawl
Cinco Ranch High School is a Stand Out in Katy!