Michael E. DeBakey High School is perfect for math and science minded students who have their sights set high on a career in medicine or science.

This premiere magnet school started in 1972 and was the very first high school in the nation specifically geared for health professions. Affiliated with Baylor College of Medicine, DeBakey High School opened with 45 students attending classes for credit there and has since started partnering with the Texas Medical Center to provide career opportunities for its students and former students alike, giving them experience in their fields of interest. 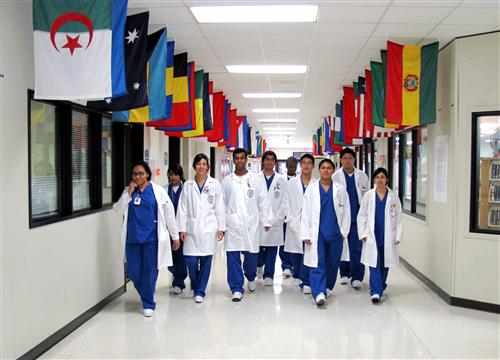 Students are encouraged to apply and are chosen based on their academic performance, test scores and other merits—all contributing to a group of students that are seen to be well above the district and state averages, not just on standardized and AP tests but also on the SAT and ACT college exams.

This standard for academic excellence and zeal has led to awards from the likes of the Governor’s Committee for Educational Excellence in the State of Texas, the U.S Department of Education, as well as the Houston Mayor’s office. But never fear—even if a child has not been enrolled in accelerated Math when they apply, students who are accepted to DeBakey have an Algebra I Summer Math Academy to get them caught up with the rest of the class. 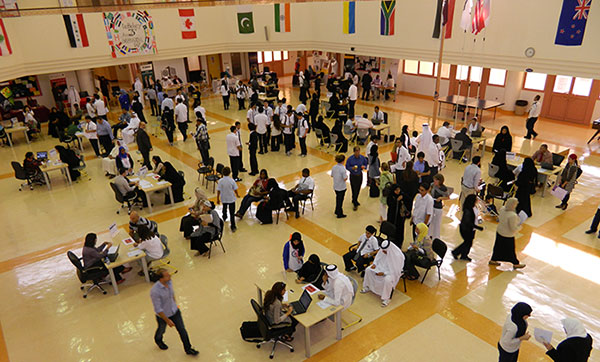 And for most students selected for DeBakey’s rigorous education, it pays off: almost all students attend college or some other form of postsecondary education. Not only that, but their high school preparation means they are more successful in those programs and did not have the same crisis of interest that many students face who have not been exposed to the rigors of an education in medicine and science.

Additionally, DeBakey High School pilots academic programs by the The Robert Wood Johnson Foundation, National Science Foundation, and The Rockefeller Foundation in order to increase minority representation in medicine and the sciences. In fact, DeBakey prides itself on its diverse student population—almost 20% Black, 30% Hispanic, 40% Asian or Pacific Islander, and just under 10% White/Caucasian in the 2012-13 school year. 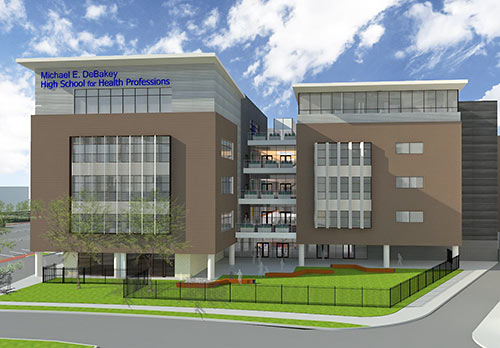 And as the school gets more prestigious, its facilities get a makeover—originally a $7 Million structure, it underwent a $2 million facelift in 1994 just before being rechristened after Dr. Michael E. Debakey, and a $64 million new state-of-the-art facility is set to open in 2016.

This alternative type of high school is designed to not just hook a students’ interest, but to cater to their overall education and acclimate them to becoming active participants in their education, observing a challenging curriculum and adapting to a policy of academic excellence and hard work with a focus on upper level sciences and mathematics. 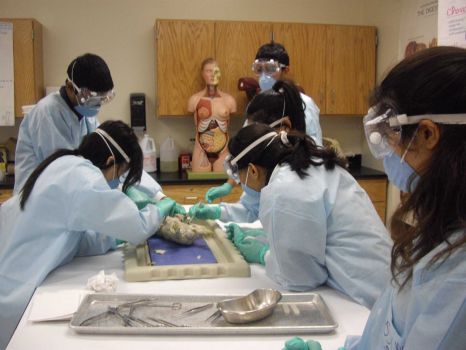 That focus and interest must work because DeBakey High School has the highest consistent attendance rate of any high school in the district. The exclusivity of this magnet school is another huge draw—giving kids the focused attention they need to grow into curious, attentive students themselves and can be comfortable in knowing they are part of a small, safe school environment.

In keeping with their commitment to science education, DeBakey High School holds a yearly science symposium, has dozens of local and national clubs and organizations, summer programs at major universities and in the Texas Medical Center, mentorship opportunities as well as normal high-school experiences like dances and homecoming. DeBakey High School for Health Professionals is the only high school in Houston to receive the TEA’s “Exemplary School Award” every year for 20 years. In 1998 and 2003 DeBakey was also a National Blue Ribbon School.

I don’t know what’s in the water at DeBakey High School, but whatever it is, they probably engineered it themselves. These pioneering high school students are the successes of the future.

Sienna Plantation Says ‘You Can Have Fun Here’!
Kata Robata, Fresh Japanese Cuisine from the Grill