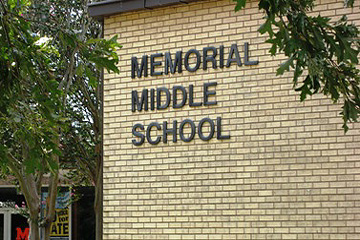 There are some real gems in the Houston public school system, which easily rival private schools in the area. Hedwig Village and Spring Branch, both “highly regarded”neighborhoods  in the Houston area, are home to Memorial Middle School, a prestigious middle school that parents just can’t get enough of!

According to reviews from last school year left on Great Schools.org, parents consistently rated the school as exemplary, calling the school “very challenging” and lauding teachers for their investment in their children’s education. One parent even said, “I can’t believe this school is free!” and others compared it to a private school.

The student population is modestly homogenous, with an Anglo population of 68%, followed by a 19% Asian population, 9% Hispanic and 1% Black according to Great Schools. The mission statement, however, is anything but uniform: with 13 bullet points on their website, and 14 statements on their belief in an academic climate that fosters self-esteem and celebrates differences, but enforces a stringent policy on ‘misbehavior’ that, if on paper seems a little ominous, clearly produces results.

Serving students since 1963—even when they didn’t have desks or chairs, a well-paved street or a place for buses to drop students off—Memorial Middle School exemplifies a great school where children are given all the tools for a bright future!