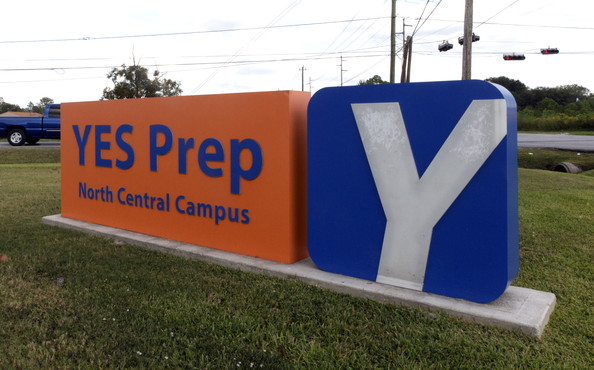 Parents and community leaders at Rusk Elementary on the east side of downtown, have had their actions rewarded in a huge way. In 1995, they began the YES (Youth Engaged in Service) Project in 1995 as a way to address the issues in their community of kids skipping school, high illiteracy rates, and crime committed by students.

While they initially enrolled 58 students in the program and launched their first school in 1998, these days they educate 9,000 students at 13 Yes Prep campuses in the greater Houston area. What began as a small idea amongst adults that saw a need for a program that would encourage and inspire their students to graduate and prepare for college has turned into a nationally recognized charter school program. According to U.S. News, YES Prep North Central is currently ranked as the 4th best High School in the state of Texas.

As an alternative to traditional public schooling that strives to create a positive environment for grades 6-12, YES Prep graduates 100% of their seniors, and they are all accepted a four year college right after graduation. In areas where half of the students earn a high school degree, they specifically focus on taking minorities and children from economically disadvantaged homes and families. These are children who otherwise would not have this amazing opportunity, and generally whose families haven’t been able to attend college. YES Prep provides high-quality education that helps level the playing field for underprivileged youth in their communities.

YES has been redefining education for minorities and underprivileged families and children for over fifteen years, and their success and numbers are absolute proof that students from low-income communities can achieve academically.  They have built “a culture of high expectations” for their students and community, and have given them a support system to “ensure that student achievement is at the forefront of every decision made.”

They are planning to bring their style of education to underserved communities now in Memphis, Tennessee.