It’s no secret that Uber’s relationship with the city of Houston is a bit rocky. The company first sparred in 2014 after new city regulations required all drivers to submit to fingerprint background checks. It turned out that Uber preferred to use another method, and the city and company disagreed about which method most successfully guarantees rider safety.

Uber is taking steps to work with city officials and the community, but even after a year and a half, they’ve seen no changes. Uber argues that the regulations decrease their supply of drivers, as some refuse to complete the extensive background check process.

“If you are creating a process that’s making people jump through additional hoops, that’s duplicative, that’s keeping part-time drivers off the road just as demand is increasing, that’s really the challenge,” says Sarfraz Maredia, Uber’s general manager for Houston, in a recent article on Click2Houston.

The more people who use Uber, the more drivers they need on the road. But the lengthy background check process is keeping drivers from getting their Uber license.

For now, Uber has decided to stay put in Houston, but the company recently pulled out of Austin — the state’s capital — as well as Corpus Christi due to conflicts with local ordinances requiring fingerprint background checks. If you’re looking for a cab ride in Houston, you might not be able to use Uber much longer.

The other popular ride service, Lyft, left Houston in November 2014 after the fingerprint requirements went into effect. However, both companies remain open to negotiating, but city officials don’t want to budge.

For now, you can use Uber, but you might want to consider hailing a cab the next time you need a ride. Check out Yellow Cab Houston or Lone Star Cab. If you like the convenience of using an app like Uber allows for, remember that the “Hail a Cab” app lets you use your mobile device to catch a cab when you need one! 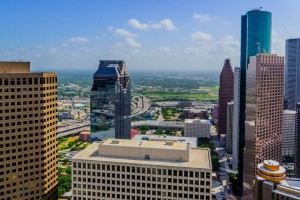 Fun Alternatives to a Crowded Water Park
Where’s the best place to raise a family in Houston?