Have you heard the news? Both Father of the Bride III and a Harry Potter spin-off will be filmed in the Houston area. It’s been over 20 years since Father of the Bride II was in theaters, but director Charles Shyer confirmed that a third movie will be shot in Houston early next year. And just when you thought the Harry Potter saga was over, a new spin-off, tentatively titled “Quidditch Through the Ages,” is reportedly in the early stages of production and will be predominantly filmed in Houston.

Steve Martin, Diane Keaton, Kimberly Williams-Paisley and most of the cast signed on for the third movie, but very few plot details have been released.

Daniel Radcliffe, Emma Watson and Rupert Grint and a number of others from the Harry Potter films are gearing up to reprise their roles in this film, which is based on J.K. Rowling’s spin-off novel.

What other movies have Houston roots?

Could you be an extra in one of these films?

Becoming an extra in a movie might be easier than you think. As an extra, you get an up-close look at movie making while making some fast cash at the same time. All you need is a current headshot. Check out websites that list auditions, such as backstage.com, where you can search for roles based on where you live and the type of role you want to play. You can quickly apply for roles online to become Houston’s next star extra. 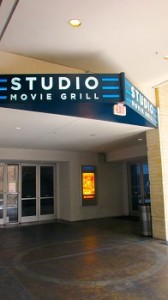 How Dog-Friendly is Houston?
Houston Politics