By on July 28, 2016 in Houston Neighborhood Review, Living in Houston

When searching for a new home in Houston, remember this: while it might take time and money, you can make changes to a house you aren’t 100-percent satisfied with upon purchase. It’s the neighborhood you choose to live in that’s much harder to change and control. That’s why it’s in your best interest to complete extensive research on communities before exploring houses. Niche, the ranking site of schools, colleges, and neighborhoods, has made your research much easier with its “2016 Best Places to Raise a Family in Texas” study. Here’s what the report has to say.

Before we begin naming neighborhoods, let’s first get into Niche’s ranking criteria. For this report, Niche based its rankings on these factors:

As for the cost of living, Fulshear was given a “C+” grade, which isn’t bad considering the neighborhood’s many benefits. A grade for crime and safety was not available in the report.

If you’d like to consider more than one neighborhood option, keep Cinco Ranch and El Lago in mind. Cinco Ranch also earned an “A+” grade for public schools and actually has a higher education rate than Fulshear at 66.9 percent. El Lago’s cost of living is graded higher than both Cinco Ranch and Fulshear but has a lower diversity grade and a lower higher-education rate.

The neighborhood you move to can have a big impact on your children’s future. Use helpful ranking reports like Niche’s “2016 Best Places to Raise Families in Texas” and more insightful resources to narrow down neighborhoods and choose the area that makes the most sense for your family. 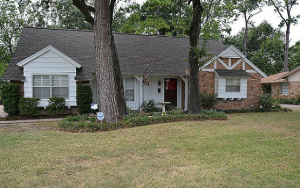 Getting Around in Houston: Uber and Taxis
How Dog-Friendly is Houston?